All about those lights on the back

The video also gave a first look at the front of the Nothing phone (1) which has uniform bezels and a top-left aligned punch-hole camera. It also offered an insight into the lighting setup on the back of the phone, which Nothing calls the Glyph Interface.

Nothing phone (1): What is the Glyph Interface?

This is coupled with a Glyph Interface settings page, where you can configure the lighting strips the way you want. This includes setting up the lights to show you how much your battery has charged, indicating when wireless reverse charging has been engaged and more.

How will the Glyph Interface work?

The interface settings page on the phone (1) will allow users to set various elements pertaining to these lights on the back. These include setting the brightness of the lights themselves, some integrated ringtones which glow up various parts of the light strips in sync with the ringtone music, and also a Flip-to-Glyph feature, which can trigger the Glyph interface to work only when the phone is flipped upside down.

We can also see that the Glyph Interface can be set to kick into action or turn off during a particular time in the day.

What all can the Glyph Interface do?

Flip to Glyph: When the phone is placed upside down, the Glyph lights can pulse to indicate incoming calls or notifications.

Reverse Wireless charging indication: The Glyph lights around the wireless charging pad can light up when you’re using the phone to wirelessly charge accessories like the Nothing ear (1) earbuds. Charging indication and progress bar: The Glyph lights near the bottom of the phone comprise one circle and one strip. When the phone is charging, the circle will light up to indicate the same, while the strip above it will double up as a progress bar to show you how much the phone has charged.

LED Flash: The entire set of Glyph lights can light up together at full brightness to act as a system of LED flashes during taking pictures or shooting video at night. 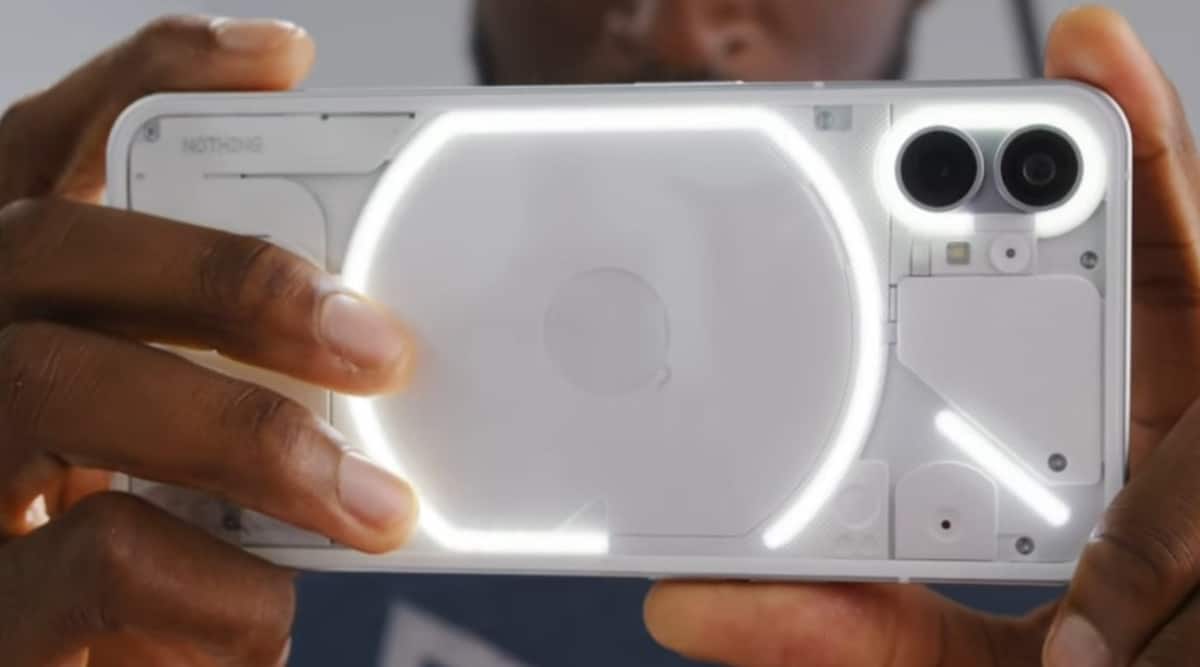 The entire Glyph Interface also doubles up as a powerful camera flash when you need it to. (Image Source: YouTube/MKBHD)

Recording indicator: Along with the white LED Glyph lights, there is also a red LED below the diagonal light strip on the top-right of the phone. This blinks in intervals when you’re using the phone to record videos of yourself, letting you know that the recording is in progress.

Glyph Ringtones: The Glyph lights can be used in tandem with the preset ringtones on the phone (1) to light up parts of the Glyph Interface in sync with the ringtone. You can also assign particular ringtones to contacts and the lights will let you know who’s calling when the phone is upside down. 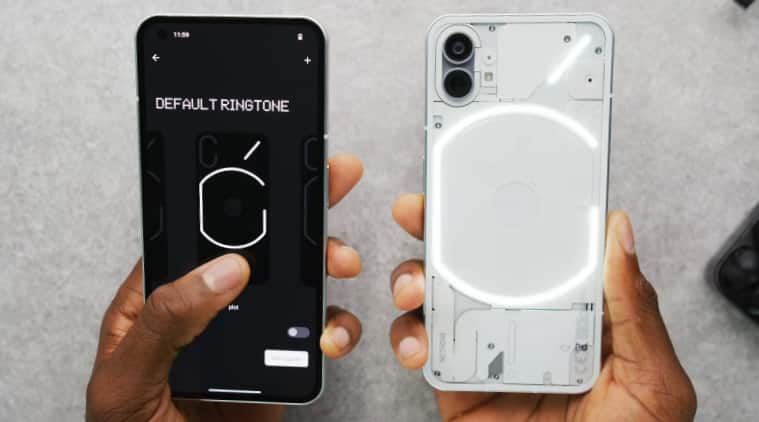 Glyph ringtones will sync the ringtone music with the lights on the phone to alert users. (Image Source: YouTube/MKBHD)

Other features: The Glyph Interface also can be turned off automatically during bedtime mode and there’s also a Google Assistant feedback option that we don’t know much about yet. Our guess is it lights up the back every time Google Assistant is triggered via voice so you know Assistant is listening even when the phone is upside down.

While these are the only features we’re likely to see at launch, Nothing may add more features for the Glyph Interface in the future via software updates, although this is not yet confirmed and we’ll know more during the launch event, which kicks off on July 12 next month.