“There have been many other games that have tried to just sort of copy and paste the Pokémon Go concept on their IP. I don’t think it works that well,” Archit Bhargava, Director, Worldwide Product Marketing – Niantic, Inc, explains why the industry has not been able to produce another hit augmented reality (AR) mobile game that matches the hype, scale and social nature of Pokémon Go.

Bhargava says to make games like Pokémon Go not only requires technical prowess and infrastructure but also a better understanding of cell phone network technology to do the right amount of processing on the app itself on the smartphone for a seamless and smooth experience.“Building these games is definitely not easy,” he tells indianexpress.com over a video call from San Francisco.

“AR is something that shouldn’t feel like it’s slapped onto a game experience. It should feel like it’s genuinely adding to this experience,” Bhargava says. “We are still in the early phases, I think it will take a lot of iteration, a lot of work to get the concept of AR more mainstream.” AR, like the name suggests, mixes digital imagery and information with the real world.

But Bhargava hopes the company’s big gamble to develop the market for Augmented reality (AR) based mobile games will pay off well in the future. Its latest AR game, “Pikmin Bloom” borrows a lot of basic elements from Pokémon Go but offers a totally different experience. The game made its debut in the western markets late last year and is now headed to India, the world’s second-largest smartphone market. It’s available free to download from the Apple App Store and Google Play Store. Pikmin Bloom has been co-developed with Nintendo. The AR  game can be downloaded for free on the Apple App Store and Google Play Store. (Image credit: Niantic)

The main goal of “Pikmin Bloom” is to get you walking through the use of cute little creatures called Pikmin. In Pikmin Bloom, you plant Pikmin, which grow automatically as you walk, then you pluck them. The more you walk, the more Pikmin friends you can make.

Niantic’s Tokyo Studio has worked directly with Nintendo on “Pikmin Bloom.” Pikmin isn’t as popular as Nintendo’s original IPs but it has a loyal following. “Pikmin Bloom [the game] was a collaborative effort between Niantic and Nintendo,” Bhargava said, adding that Nintendo does not have the experience of making real-world games but Niantic has a decade-long experience in making such products.

When the game launched last year, it lacked a number of features but both Niantic and Nintendo quickly figured out what was missing, Bhargava acknowledged, especially the element of social gameplay. To make the “Pikmin Bloom” more compelling to users, Niantic recently introduced walking challenges and the ability to invite your friends no matter where they are. The idea is to motivate you to step out of home and walk more and have fun playing Pikmin Bloom.

“When we launch our products, we do launch them globally, but there is a lot of foundation building that we need to do over a period of time in order to make the products work really well,” Bhargava explained when asked about why there is a long gap between the launch of games in the US and India. 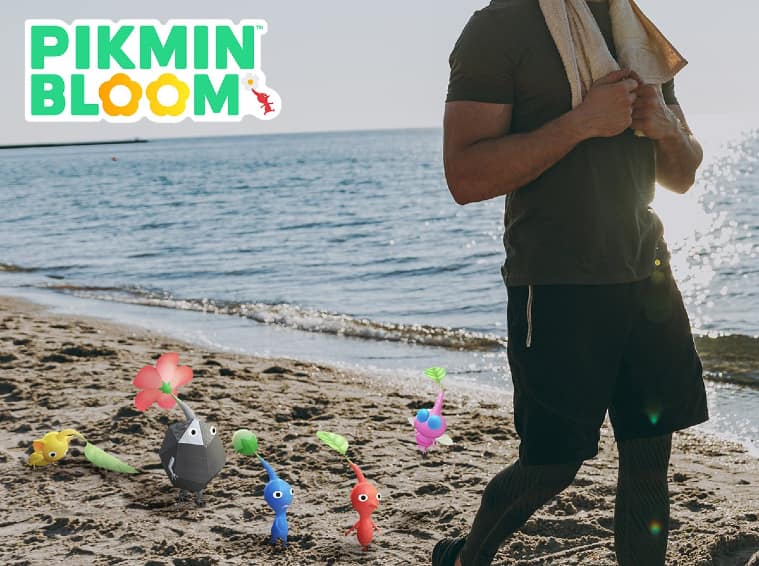 The first Pikmin game came out on the Nintendo Gamecube in 2001. (Image credit: Niantic)

Although Bhargava called India an important market strategically, he said the playability of its games is higher in markets like the US. “There are a lot more cities and in countries like the US and Japan that are very much walking friendly, we have mapped more locations on our map,” he said. “It’s actually a combination of manual and algorithms.” “We started that process in earnest for India about four years ago, and we are well underway making improvements,” he added.

Bhargava didn’t reveal the share of India in making Pokémon GO the hit it is today but said the number of people playing the AR game continues to grow. Pokémon Go has a massive fan following, with players spending over $5 billion on the AR game in the five years since it launched according to a report from Analytics firm Sensor Tower. Pokémon Go is a free-to-play mobile game app developed by Niantic for The Pokémon Company. (Nintendo is a one-third stakeholder in Pokémon Company, and is also an investor in Niantic).

Despite the popularity of mobile games like Battlegrounds Mobile India and Call of Duty: Mobile in India, Bhargava believes there is a space and the market of games where Niantic has thrived over the years. “The games that we build, they get people out, walking, exploring and connecting with others in the real world. And if you go to any of your events, it’s pure magic. It’s like being in a version of Disneyland.” Bhargava was referring to Pokemon Go Fest events that are usually held in major global cities. India recently joined the list.

Bhargava, who grew up in Mumbai and later went on to get an MBA from the University of California, Berkeley, says Niantic has demonstrated to the world how to make real-world games that are interactive and social at the same time. Niantic rose to fame with the popular location-based game “Ingress”, then an internal startup within Google. However, in 2015, Niantic Labs spun out of Google to become an independent company. Niantic counts Nintendo as well as Google as their investors.

With the tech industry counting on metaverse as the next big thing, Niantic announced its Lightship AR Developer Kit earlier this year to offer tools to create augmented reality games. Niantic’s tools make it easier to create augmented reality solutions for smartphones that don’t require additional technology. Niantic’s future projects also include a new AR pet game called Peridot; it’s an original title having a mix of Pokémon and Tamagotchi.

Nothing phone (1) gets Nothing OS 1.1.0 update: Check what’s changing