Crypto crash widens divide: ‘Those with money will end up being fine’

The cryptocurrency market was in ruins. But Tyler and Cameron Winklevoss were jamming. The billionaire twins, best known for their supporting role in the creation of Facebook, twirled and shimmied across the stage with their new cover band, Mars Junction, at a concert venue outside Denver last week, the latest stop on a coast-to-coast tour. They belted out hits like the Killers’ “Mr. Brightside” and Journey’s “Don’t Stop Believin’.” Tickets cost $25.

The Winklevosses were moonlighting as rockers just weeks after their $7 billion company, Gemini, which offers a platform for buying and selling digital currencies, laid off 10% of its staff. Since early May, more than $700 billion has been wiped out in a devastating crypto crash, plunging investors into financial ruin and forcing companies like Gemini to slash costs.

“Constraint is the mother of innovation and difficult times are a forcing function for focus,” the Winklevosses, who are 40, said in a note this month about the layoffs.

Cryptocurrencies have long been held up as a vehicle for economic empowerment. Enthusiasts promote the digital coins — which are exchanged using networks of computers that verify transactions, rather than through a centralised entity like a bank — as a means for people of all backgrounds to achieve transformational wealth outside the traditional finance system.

But for all those supposedly egalitarian principles, crypto’s collapse has revealed a yawning divide: As employees of crypto companies lose their jobs and ordinary investors suffer huge losses, top executives have emerged relatively unscathed.

No crypto investor has fully escaped the downturn. But a small group of industry titans accumulated immense wealth as prices spiked over the last two years, giving them an enviable cushion. Many of them bought Bitcoin, Ether and other virtual currencies years ago, when prices were a small fraction of their current value. Some locked in their gains early, selling parts of their crypto holdings. Others run publicly traded crypto companies and cashed out of their stock or invested in real estate.

By contrast, many amateur traders flooded into the crypto market during the pandemic, when prices had already started soaring. Some poured in their life savings, leaving them vulnerable to a crash. Thousands also flocked to work for crypto companies, thinking it was a ticket to new riches. Now many of them have seen their savings vanish or have lost their jobs.

The fallout from the crypto crash follows the pattern of other financial downturns, said Todd Phillips, director of financial regulation and corporate governance at the Center for American Progress, a liberal think tank.

“No matter what, those with money will end up being fine,” he said.

The combined fortunes of the 16 richest crypto billionaires exceeded $135 billion in March, Forbes estimated. As of this week, the total was about $76 billion, but most of the loss was suffered by a single billionaire, Changpeng Zhao, CEO of the crypto exchange Binance, whose $65 billion fortune shrank to $17.4 billion.

Cameron and Tyler Winklevoss, whose wealth stood at $4 billion apiece before the crash, were each worth $3.3 billion this week, according to Forbes. They declined to comment.

For retail investors like Ben Thompson, 33, the reality is different. Thompson, who lives in Sydney, lost about $45,000 — half his savings — in the crash. He had dabbled in crypto since 2018 and planned to use the money to open a brewery.

“A lot of people who seemed quite reputable had a lot of confidence,” Thompson said. “The smaller people get taken advantage of.”

The uneven effects of the crash are evident even within crypto companies. Coinbase, the largest crypto exchange in the United States, went public in April 2021 when interest in digital currencies was surging. As part of the company’s public listing, CEO Brian Armstrong sold nearly $300 million of stock. In December, he reportedly bought a $133 million estate in the Los Angeles neighborhood of Bel-Air. 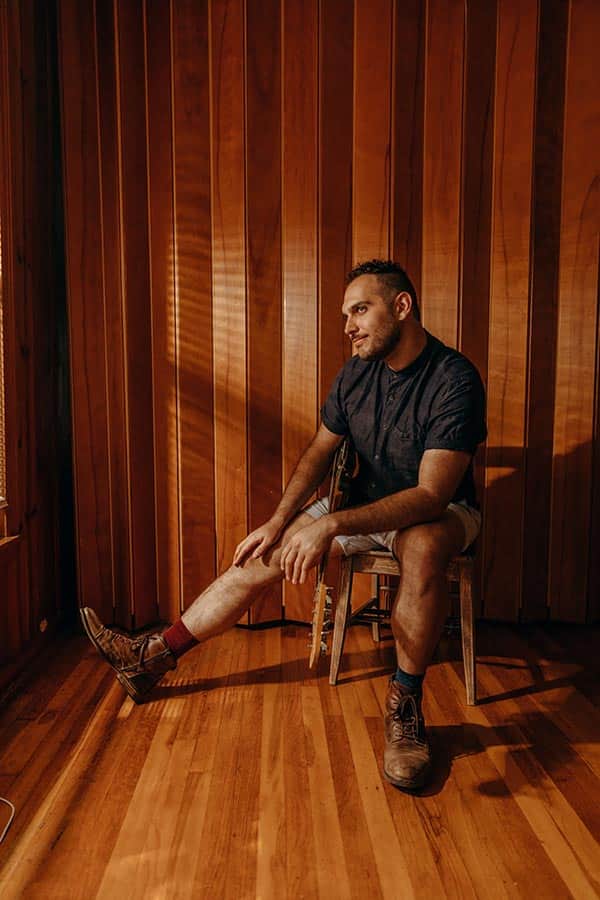 Elliot Liebman, a musician and investor, in Austin, Texas, on June 22, 2022. Liebman began investing part of every paycheck in cryptocurrencies hoping to build a nest egg, but after the crash, only about ,000 remains of his ,000 investment. (Sarah Karlan/The New York Times)

In total, six of Coinbase’s top executives have sold shares worth more than $850 million since April 2021, according to Equilar, which tracks executive compensation. Emilie Choi, the chief operating officer, has reaped about $235 million, while Surojit Chatterjee, the chief product officer, has sold $110 million in shares. Coinbase’s stock, which peaked at about $357 in November, now trades at $51.

This month, as Coinbase grappled with falling prices and declining consumer interest in crypto, it laid off 18% of its staff, or about 1,100 workers. Armstrong said the company had “over-hired.”

Coinbase also rescinded hundreds of job offers. Some of those new hires had already quit their previous jobs, or were relying on Coinbase to maintain their work visas.

Michael Doss, a product manager, accepted a job at Coinbase in May after months of interviews. He had canceled his lease and made arrangements to move to Britain and join the company’s London operation when Coinbase took back the offer.

A Coinbase spokesperson declined to comment on the layoffs and the rescinded offers. She said that many of the share sales were part of the direct-listing process and that executives “maintain large positions in the company reflecting their commitment.”

The crypto crash started in May when an experimental coin called TerraUSD lost almost all its value practically overnight, taking down a sister digital currency, Luna, as well. Its collapse devastated some retail traders who had spent their life savings on TerraUSD through Anchor Protocol, a lending program that let investors deposit the coin and receive interest as high as 19.5%.

TerraUSD was launched by Terraform Labs, a startup that raised funding from venture capital firms including Galaxy Digital and Lightspeed Venture Partners. Some of those investors cashed in before the project collapsed. Galaxy Digital said in a filing before the crash that sales of its Luna holdings were “the largest contributor” to $355 million in gains in the first quarter. (The company declined to comment for this article.)

The impact of the Luna-Terra crash spread, hitting the prices of Bitcoin and Ether, the two most valuable digital currencies. Last year, Elliot Liebman, 30, a musician in Austin, Texas, began investing part of every paycheck in some of those currencies, hoping to build a nest egg. Of his $10,000 investment, about $3,000 remains.

“People say this technology is going to level the playing field,” Liebman said. “It’s clear a lot of people are getting in on the wrong side of the trade.”

The crash worsened this month when Celsius Network, a crypto bank, announced that it was halting withdrawals. As prices dropped, Gemini became the first major crypto firm to announce layoffs, followed by BlockFi, Crypto.com and Coinbase.

Still, unlike Coinbase, the vast majority of these crypto companies are privately held, meaning their value is less tied to day-to-day price swings. That has provided executives at some companies a measure of protection.

“My personal net worth probably hasn’t been affected too much,” said Ivan Soto-Wright, CEO of MoonPay, a $3.4 billion crypto payments startup. “We’re sitting on a significant cash reserve.”

Soto-Wright recently bought a $38 million, seven-bedroom mansion in Miami, with a spa and an outdoor kitchen, according to Zillow. He said he was trying to build a studio, where the artists who work with MoonPay can come to produce music.

“It’s almost like a hacker house,” he said. “It was a good investment.”

The Winklevosses began stockpiling Bitcoin in 2012 when its price was hovering below $10. Even after the crash, it remains a hugely profitable investment for them: Bitcoin reached a peak of nearly $70,000 in November and is now closer to $20,000. In 2014, the Winklevosses founded Gemini and have since raised $400 million from investors.

The brothers started Mars Junction, their band, as a pandemic project. As the crypto market collapsed this month, they kicked off their tour with a show in Asbury Park, New Jersey.

“The contract I made with myself was that this was going to be about having FUN,” Tyler Winklevoss, the lead singer, wrote in a blog post about the band.

Last week, about 50 spectators watched them perform at the Gothic Theater in Englewood. Two women showed up in Harvard sweatshirts they had bought on eBay, a tribute to the campus where the Winklevosses jousted with Mark Zuckerberg over control of Facebook. A concession stand sold branded merchandise, including hats, T-shirts and tote bags; a portion will go to MusiCares, a charity that helps musicians recover from addiction, according to Tyler’s blog post.

During the 90-minute set, the Winklevosses cycled through a series of rock classics, with Cameron on guitar. A small group danced in front of the stage as the band covered a Red Hot Chili Peppers song.

“Hit me,” Tyler howled into the microphone. “You can’t hurt me.”

How does technology affect college?