Gmail brings new layout to all users: Here’s what to expect

Google has been changing the user interface for many of its popular tools, but at the forefront of these changes seem to be Gmail, which has been rolling out a major visual revamp for users. The new Gmail layout, which we wrote about earlier this year is now rolling out to all users.

The new Gmail layout brings other Google communication and productivity tools like Meet, Chat and Spaces together and includes Material Design 3. If you’ve used Gmail recently, you may have already stumbled upon a prompt asking you to try out the new layout.

First introduced back in February 2022 to a small number of users, the layout was gradually made available to more users. It now comes to all Gmail users. 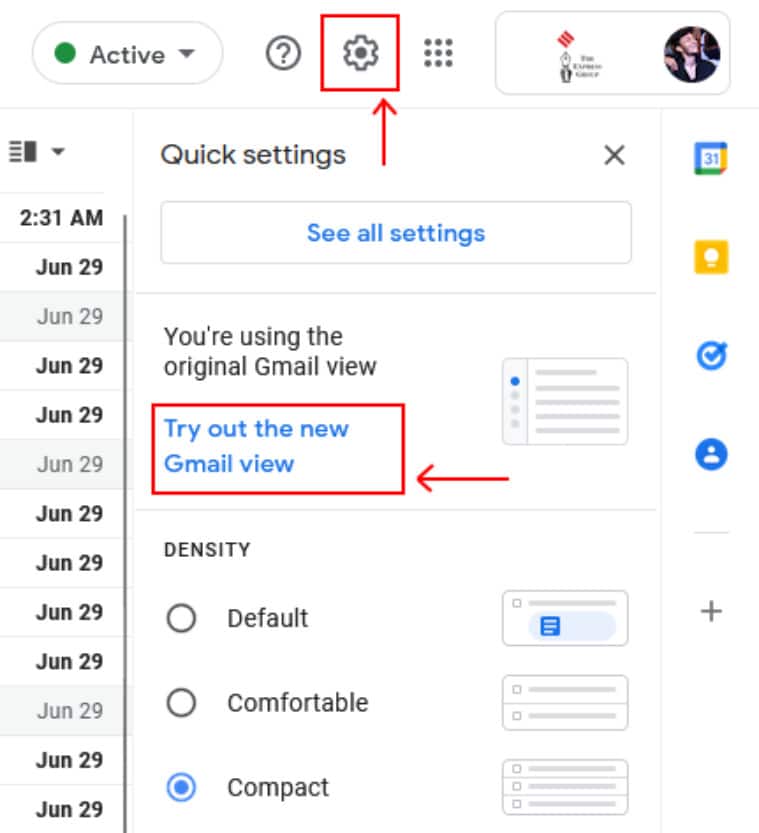 Here’s how to get the new new Gmail layout. (Express Photo)

If you haven’t you can manually switch to the newer redesign by heading to Gmail Quick Settings on the top right and tapping on the prompt that asks you if you want to try the new layout. The window will then refresh and you will switch right over.

Note that users can (for now, at least) switch back to the older classic layout of Gmail if they don’t like the new design. To do this, you can head back to the Gmail Quick Settings and click on the prompt which will now suggest going back to the classic layout.

As per a report by The Verge, Gmail is set to get even more changes later this year, when the Email client will see improvements for tablet orientations, better emoji support, new accessibility features and other changes.