On July 12, NASA will release the first images from the James Webb Space Telescope offering never seen before detailed views of the universe. The images will be released during NASA’s live broadcast starting at 8 PM. Ahead of the broadcast, NASA has released a list. The targets for the initial wave of full-colour scientific images and spectroscopic data was selected by an international committee of representatives from NASA, the European Space Agency (ESA), the Canadian Space Agency (CSA) and the Space Telescope Science Institute. Here are all of them.

The Carina Nebula is one of the largest and brightest nebulae in the sky. Nebulae are clouds of gas and dust in outer space and are referred to as “stellar nurseries” because that is where stars are formed. Carina is home to many massive stars that are many times the size of the Sun. Even though it is four times as large and brighter than the Orion Nebula, it is much less well known.

Discovered in 2014, WASP-96b is a massive planet that is located nearly 1,150 light-years away from Earth. It orbits its star every three-four days and has half the mass of Jupiter. The exoplanet is almost entirely cloud-free and has an abundance of Sodium.

The Southern Ring nebula is a planetary nebula, which means that it is a cloud of gas surrounding a dying star. It is also called the “Eight-Burst” nebula because it looks like a figure-8 when seen through telescopes. It is 2,000 light-years away from earth and has a diameter of nearly half a light-year. The gases are moving away from the dying star at the centre of the nebula at a speed of nine miles per second. 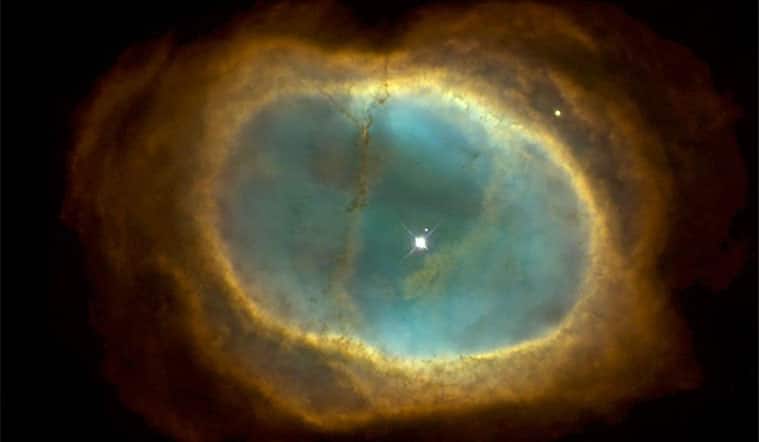 Stephan’s Quintet is group of five galaxies where four of them are locked in a “cosmic dance” of repeated close encounters. It is famous for being one of the first compact galaxy groups ever discovered. It is about 290 million light-years away in the direction of the Pegasus constellation.

SMACS 0723 is a cluster of galaxies in the foreground that create a “gravity lens”. This means that it distorts the light of objects behind it. This helps scientists view extremely distant and faint cosmic objects that would have been otherwise difficult to view.

OnePlus 10T leaks suggest it will come with Snapdragon 8 Plus Gen 1, 16GB RAM