Despite the regulatory uncertainty in times of a bear market, Johnny Lyu, CEO of cryptocurrency exchange KuCoin, is betting big on India. “India is a key market for KuCoin. We witnessed about 5.6 million new users in the first half of 2022, up to 659 per cent growth, and a big amount of these new users were Indian. Indian users increased by 1251 per cent compared with the same period last year in 2021,” Lyu told indianexpress.com.

It is worth noting that Indian crypto companies are shifting their base from India to Dubai and Singapore as cryptocurrency exchanges face an uncertain future in the country. This comes as prices of Bitcoin, Ethereum, etc plunge amid extreme market conditions.

However, Lyu is eyeing India for the simple reason that the market is welcoming and “full of talent”. “No matter what the current condition is, as a trading platform which is about to be five years old, we are looking at the future. I believe that through the future investment and infrastructure construction of KuCoin in the Indian market the growth of the Indian market is worth looking forward to,” he said. 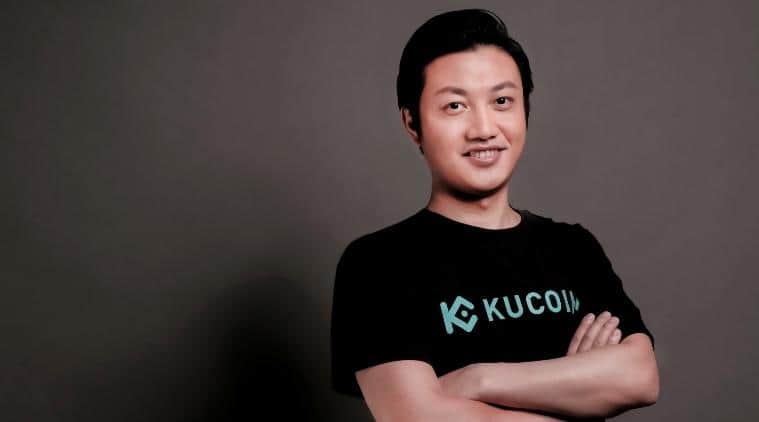 As early as two years ago, KuCoin launched a $50 million Support Plan to boost the development of the Indian blockchain industry. “We have recruited locals and established communities in India. And we are actively conducting in-depth cooperation with local crypto companies, like the largest local crypto exchange Bitbns, and even projects like Chingari,” he told indianexpress.com.

Ever since the crypto tax (TDS) was implemented on July 1, Indian exchanges have been experiencing low trading volumes, and one speculation was that consumers are increasingly joining foreign exchanges to evade taxes. According to Lyu, this is a false assumption. “We haven’t seen any significant increase in Indian users over the past two months.” Nonetheless, Lyu is positive about crypto taxation in India. He believes taxing crypto profits is a sign that the country is ready to regulate cryptocurrency

Lyu debunked some rumours that are widely being spread amongst crypto enthusiasts and investors. With forums on Reddit, tweets, and even analysts claiming that KuCoin will perish like crypto companies Celsius, and Vauld because it doesn’t have any “asset-backing”. “After the rumours started on July 2, we have seen an increase in both withdrawals and deposits. Users tried to withdraw their assets under the influence of rumours and again this can happen to any platform. But after finding out that everything was running as normal, they deposited their assets back,” Lyu noted, adding that since the market has been through a few bull-bear market cycles, “it’s natural for people to be more susceptible in this kind of environment”. Unlike other exchanges where most of the fees come from trading altcoins, he said: “… as a crypto exchange, our major source of income is trading fees, not the gains from trading any altcoins.”

Recently, crypto exchanges have been on a firing spree with Coinbase, Vauld, and even Celsius Network laying off workforces. Nevertheless, Lyu claimed KuCoin is in an expansion stage and is constantly hiring. “In terms of team traction, KuCoin onboarded 400 talents in H1, and is recruiting about 300 talents in R&D, marketing, business development, and other directions to continue development.”

Lyu said the people behind the rumours should be held accountable for causing havoc in the market. “The accountability mechanism in the Web 2.0 era is not mature enough and the cost of spreading rumours is very low,” he said, adding that the problem of traceability and accountability can be solved with the development of Web 3.0.

The KuCoin CEO predicted that the ongoing cryptocurrency market crash will “weed” out weak companies and investors. It will accelerate changes in the entire industry pattern, and a series of mergers and acquisitions will follow. “Survival of the best is a constant law in any industry, crypto firms that will come out on top from the market downturn are the ones innovating new technology.”

Ahead of Galaxy Watch 5 launch, Samsung is selling Watch 4 for just Rs 12,940 in India

Apple Watch ‘Pro’ rumours are heating up: Here’s a peek at the high-end smartwatch