Ahead of NASA’s release of the James Webb Space Telescope’s first full-colour images and spectroscopic data, we may finally have hints of what the first few operational images will look like. The first pictures from the $10 billion-dollar deep-space observatory will include “the deepest image of our universe that has ever been taken,” according to NASA administrator Bill Nelson.

Space.com reports that while NASA didn’t specify which early-universe objects Webb will focus on, the space agency’s administrator suggested that the image will show some of the earliest objects yet seen. This should mean that we would see objects older than the ones seen in the Hubble Space Telescope’s series of deep image fields that show galaxies that formed as little as a few hundred million years after the Big Bang.

Nelson was speaking at a press conference at the Space Telescope Science Institute in Baltimore. During the event, NASA discussed Webb’s forthcoming operational image release on July 12 as well as the different science experiments that will be conducted using the observatory in its early life.

The first set of images will also involve Webb’s first spectrum of an exoplanet, according to Thomas Zurbuchen, associate administrator at NASA’s science mission directorate, who spoke during the same event. Measuring the amount of light emitted at certain wavelengths with such spectra will provide hints of a planet’s chemistry and its formation history. 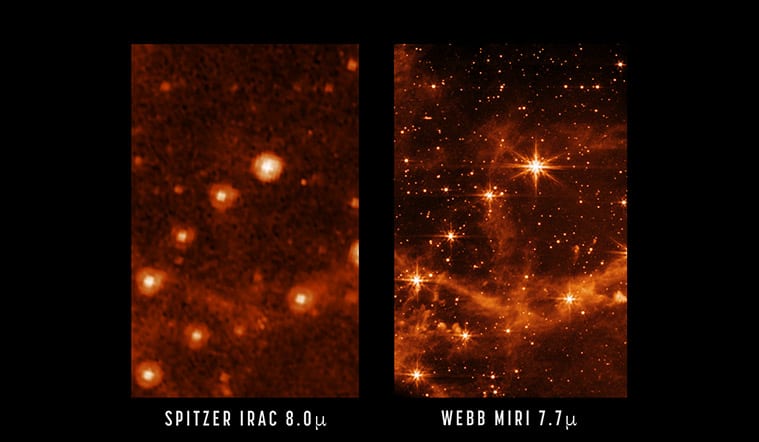 NASA has shared an image comparing the same cluster of stars captured by the Spitzer Space Telescope’s Infrared Array and Webb’s MIRI (Mid-Infrared Instrument). The test image shows part of the Large Magellanic Cloud, a small satellite galaxy of the Milky Way with a dense star field.

Even though Spitzer, which was decommissioned on January 30, 2020, was responsible for many important scientific observations, it is now outclassed by Webb’s better imaging system. Webb’s significantly larger primary mirror and improved detectors allow it to capture higher resolution images with better clarity than the Spitzer ever could.

Can you use Yahoo for a business email?

7 Ways You Can Work Surprisingly Effectively From a Smartphone

NASA’s Artemis I mission will send yeast to...