Apple has already had a busy year with the launch of the iPhone SE 3 and Mac Pro in Spring and the reveal of iOS 16 at WWDC. But some of 2022’s most anticipated devices are expected to release in the fall, ahead of the crucial holiday shopping season. Apple is gearing up to release a number of new products, including the iPhone 14 series, the long-rumoured sequel to the iPad Pro and the second-generation AirPods Pro. Here’s a look at four such Apple products we’re most excited to see in 2022.

The iPhone 14 Max could be the most exciting smartphone of 2022. Think about the iPhone 14 Max as an affordable alternative to the iPhone 14 Pro Max. Almost anything you can do with a larger iPhone, you can do with this device. So, who will be the target user for the iPhone 14 Max? At its simplest, it’s for anyone who wants a 6.7-inch iPhone but doesn’t necessarily want to spend over a lakh to get features that come with Apple’s iPhone Pro lineup, like triple cameras on the back, a 120Hz high-refresh-rate screen and Lidar support. 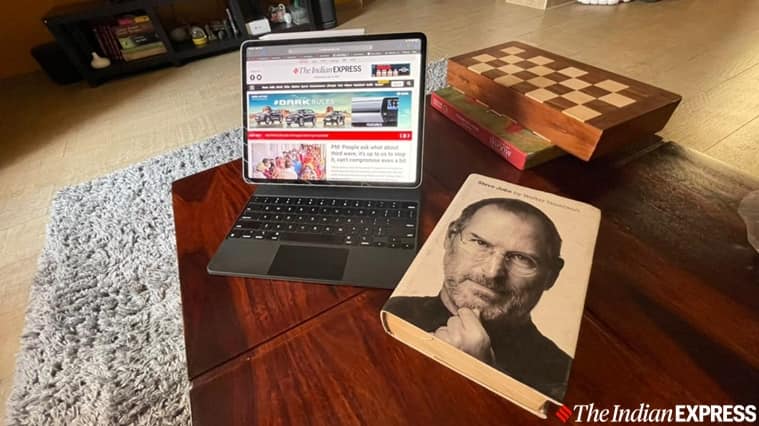 Apple’s high-end iPad Pro is getting a big upgrade this fall. But don’t expect a significant design change. Instead, the larger, 12.9-inch iPad Pro will still have the same design as the previous model. What’s new this could be support for wireless charging which requires the device’s back to have a glass back in order for inductive charging to work properly.

The updated iPad Pro in the larger 12.9-inch screen size could still continue to have miniLED backlighting, although the 11-inch model is not going to get the miniLED display. Expect both models to support 5G and M2 chips. Support for the Magic Keyboard will also be there, though we expect Apple to introduce a new version of the Apple Pencil with the iPad Pros. If your job involves a lot of writing or if you are a creative type and keep travelling for work, you will find more features from the iPad Pro range. 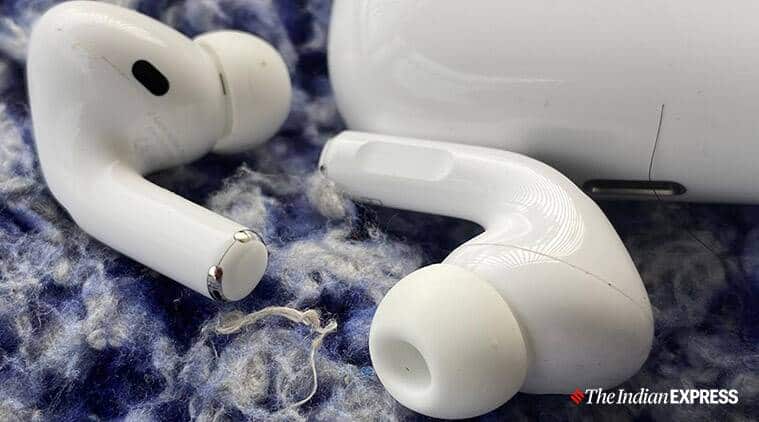 The original AirPods Pro made its debut in 2019. (Image credit: Nandagopal Rajan/Indian Express)

The Airpods Pro are among the best wireless earbuds you can possibly buy on the market, but Apple hasn’t launched a new model since 2019. That might change this year with the second-generation AirPods Pro. The original AirPods Pro introduced premium features like active noise cancellation and a customisable fit and both things made Apple’s high-end earbuds popular in the segment. Given how tough the competition is, Apple needs to bring something new to make the AirPods 2 stand out from rival earbuds.

With the AirPods Pro due for an upgrade this fall, Bloomberg’s Mark Gurman predicts a new chip and improved sound. The next-generation AirPods Pro may support lossless audio, something that would make audiophiles really happy. Apple’s next AirPods Pro could have a more discreet, stem-free look similar to that of Beats Studio Buds. The AirPods Pro 2 may also get a new case. They might also have a built-in fitness tracking.

For years, the entry-level iPad hasn’t got the same love as other Apple products. Sure, the base iPad model is aimed at students and average users but that doesn’t mean the device is any less important than Apple’s flagship products. Apple is finally ready to put the focus back on the entry-level iPad by giving a much-needed makeover. Although we don’t expect the upcoming entry-level iPad to look any close to iPad Air 5, even the slightest change to the design or specs would be more than enough. The buzz is high that the entry-level iPad is getting support for a bigger display, a USB-C port, a speedy A14 chipset, and an optional 5G connectivity. Apple’s entry-level iPad, which currently starts at $329, continues to be the most popular tablet on the market. Apple will have to find ways to improve the entry-level iPad as the competition from players like Xiaomi and Lenovo is getting intense lately.

Is Richard Madden Gay? A Look into Richard...