Why despite all its talk of inclusivity, Web3 has a huge gender disparity problem

Web3 might promote the idea of an inclusive internet, where age and gender do not come into play, but in reality what’s sold as one of the most democratised technologies that aims to dismantle the current centralized internet (Web2) is not all that inclusive. Like its predecessor, Web3 too lacks momentum when it comes to gender diversity and as per the latest report from cryptocurrency marketplace Gemini, women make up just 26 per cent of Web3 investors.

The gender skew does not end there. The report also reveals that the ownership of Bitcoin, the world’s largest crypto, lies in the hands of men— with women making up less than 15 per cent of bitcoin investors. As a matter of fact, even the largest NFT marketplaces such as OpenSea, Axie Infinity,  and Nifty Gateway is all run and owned by men. Perhaps, the most shocking of all is the female empowerment-branded NFT artist collective Fame Lady Squad which is actually run by three male developers.

Maryanne Chisholm, an eminent NFT Artist and collector, tells indianexpress.com that there is a perception in Web3 that this is a man’s world. “Perhaps it is because Web3 is believed to have begun with male-led PFP projects. I think there was a presumption that men were more interested in the models for NFT utilities, she says, adding, “..if you search the highest sales displayed you will see pages and pages of sales by men. It’s a bit like Las Vegas with all the lights and the bells, inundated with flashy images.” 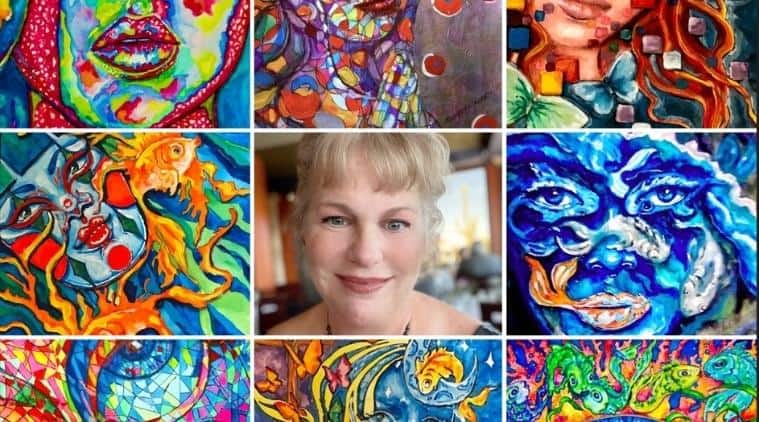 It is quite usual for there to be fewer or no women speakers at many Web3 events. “In the many events I have attended, women speakers on the panels have been less than 1 per cent or not there at all. Manels (panels hosted by men) are a problem both in the Web2 and Web3 space but as more women enter the blockchain space in leadership roles they help put light on women artists, and developers,” says Priyanka Jain, another NFT artist and collector. 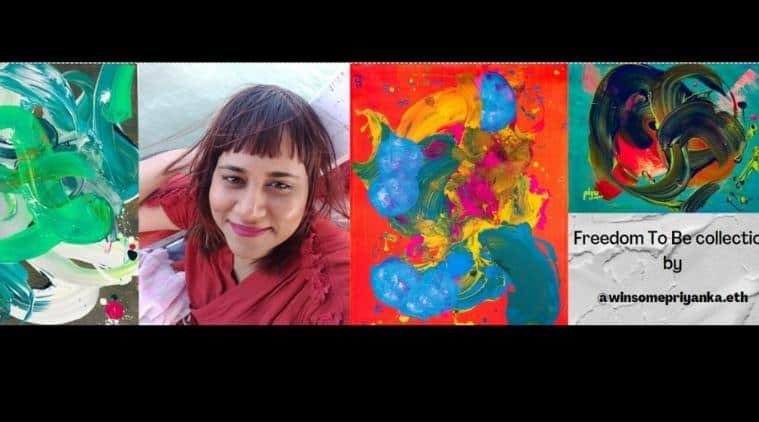 A common notion in the field of Web3 is that it is only for techies. Anushree Jain, the co-founder of Socialtag, a company that handles Web3 influencers, believes that Web3 is considered to be more tech-driven. “Even if women want to contribute they are disregarded and pushed towards roles which are non-tech focused.” She said social biases against women make them feel they are unfit for the role.

One of the leading female voices in the Web3 space is Aditi Chopra, an entrepreneur and founder of SuperwomenDAO, a crypto-centred community made by women for women, based in India. She wants more women to participate and not hold themselves back from networking during any events. “Out of the many Web3 organised events I’ve seen, at one particular event that happened in Bangalore over 40 per cent of the invitee list were women, and yet, when I went to that event, out of 60 men, there were only four women that actually made it to the event.”

However, this doesn’t mean that there aren’t Web3 projects driven or led by women. Projects like World of Women created by women artists still remain blue chip NFTs to this day. There are also Indian projects like Itsuki and baenfts, both of which have recently launched and consist a large percentage of women behind the project. Itsuki was sold out in the pre-listing itself.

Shanu Joshi, tech lead at the Itsuki NFT project tells Indianexpress.com that while it is hard being a woman in the Web 3 space, the number of women in the ecosystem is gradually increasing. She notes that “the biggest gap in bringing more women in Web3 is the lack of knowledge and only with a push they can succeed.” Of late, there have been many women who have taken a plunge in this space— especially in the NFT and Web3 business as artists, designers, marketers, content creators, educators, community builders, contributors and even founders. “…with respect to crypto adoption, the data might still be skewed in favour of their male counterparts. However, with increased awareness, education and equal opportunities, this will improve. To bring more women into the space, the existing Web3 folks will have to set role models and empower more women to get into the space between and close the gender gap,” says Lokesh Rao, CEO and co-founder of Trace Network Labs.

Why big tech is making a big play for live sports