A new flagship phone series by Xiaomi that succeeds the Xiaomi 12-series has been in the rumour-mill for a while now. However, Xiaomi has now officially confirmed that its next-gen flagship series will be the Xiaomi 12S phones which will launch on July 4 in China. The Xiaomi 12S series is set to comprise three devices. These include the vanilla Xiaomi 12S, which is joined by the higher-end Xiaomi 12S Pro and Xiaomi 12S Ultra models.

The new phones are also the first flagship devices Xiaomi will be launching in collaboration with German camera-maker Leica. All three of the new Xiaomi 12S devices are expected to feature Leica-camera setups, although little is known about what new features or capabilities this will bring.

Xiaomi also showed off a glimpse of the three new phones via a couple of official images. Check them out below. 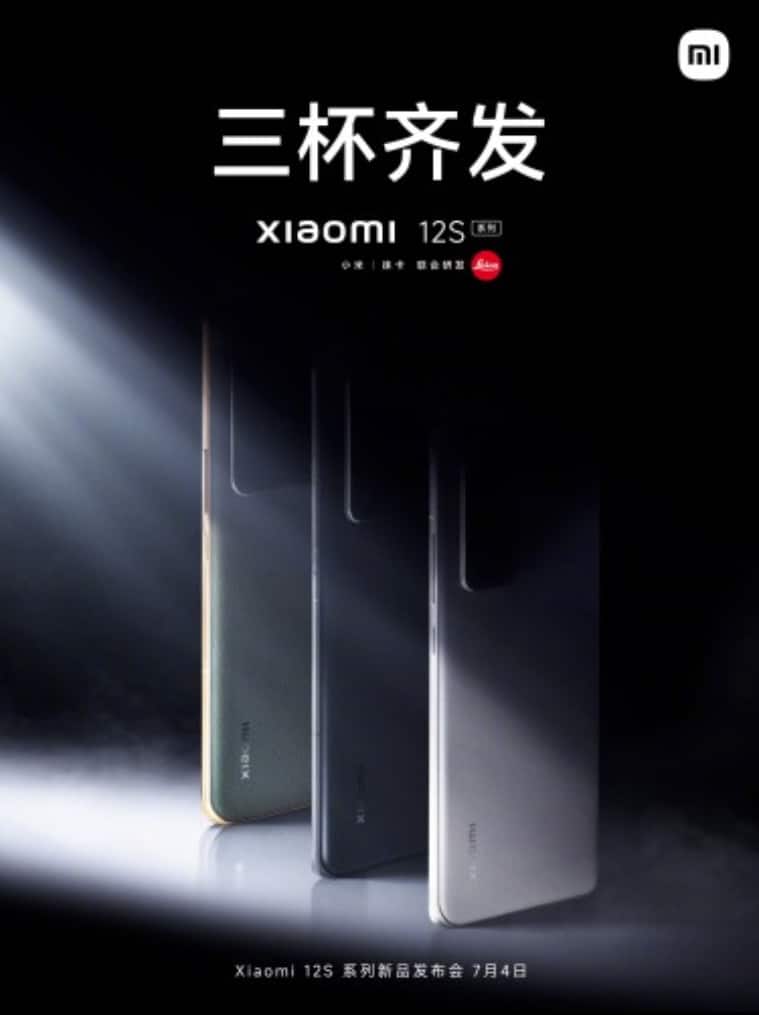 The three models in the 12S series. (Image Source: Xiaomi)

While specifications are still a mystery for all three phones, Xiaomi has, as per a report by GSMArena, suggested that the Xiaomi 12S will be a compact yet high-end flagship, while the Xiaomi 12S Pro will be the company’s new flagship standard and the Xiaomi 12S Ultra will be the “new height of mobile imaging flagship.”

With less than a week to go ahead of the launch, expect some more official details on the phone to pour in the coming days ahead of July 4, which is when we will know the complete specifications of the new phones.

Based on previous leaks, Xiaomi has been working on at least one flagship phone with the new Qualcomm Snapdragon 8+ Gen 1 chip at the centre. The new announcements suggest this could be the Xiaomi 12S Ultra, although the 12S and 12S could be powered by another chip. Xiaomi will debut its cameras made in partnership with Leica with the 12S series. (Image Source: Xiaomi)

Leaks of this upcoming Xiaomi device also showed off a large camera island on the back of the phone, occupying a significant portion of the back panel. The camera modules of the 12S Pro and 12S Ultra have been hidden in the official images above so we still don’t know if the unique design will come to both of those models.

Further, while there is no confirmation on the international availability of the Xiaomi 12S series in countries including India, we expect the phone to launch here a few months down the line.

NASA CAPSTONE launch to the Moon right now: Here’s where to watch livestream

Is Richard Madden Gay? A Look into Richard...